This strapping floorstander is hardly a shrinking violet, but has it got the sonic finesse to temper its bulk? Read our Triangle Esprit Australe EZ Review.

If any speaker in this group deserves the description tour de force, this is probably it. The largest and heaviest of the three larger floostanders, it’s frankly a bit of a monster, standing some 1,170mm tall, weighing just shy of 40kg and, finished in black gloss, looking properly imposing. It also has comfortably the most drivers – three bass, one mid and two tweeters, one of those facing backwards. Triangle’s portfolio stretches all the way into the high-end clouds and although the Australe EZ is top of the Esprit lineup, Esprit is two tiers below the French company’s flagship Magellan range. Predictably, some trickle-down tech from the top drawer is involved. Arguably most intriguing is the so-called Dynamic Pulse System’s two horn-loaded tweeters facing fore and aft, the latter allocated a narrower

band confined to the highest frequencies and designed to improve the polar response of the front tweeter by helping reduce its directivity. Each unit – a 25mm titanium dome and compression driver – has a different crossover point, from 5kHz for the rear and 3kHz for the front.

Dictated by alphabetical order, it’s either the Triangle’s good fortune to follow the comparatively twig-like Totem or a perfectly placed banana skin. In truth, it’s a bit of both. That the tiddly Totem sounds so big puts enormous pressure on the very much larger, heavier and multi-multi driver Australe EZ to sound insanely massive and, of course, it doesn’t. But having said that, it stills sounds bigger than the Totem and every other speaker in the group – not so much in terms of soundstage area as the scale and physicality of the players and instruments operating within it.

Clearly this is good news if you have a large listening room, but even if you don’t, the Australe EZ doesn’t really mind and will make itself at home in a smaller space just as comfortably without overpowering it. Contrary to appearances, the Triangle isn’t a bass beast, its low-frequency chops quitting at a quoted 35Hz, some way above the Amphion’s.

What’s so likeable and probably the speaker’s strongest USP – ably demonstrated by the Askvik and Scaggs tracks – is the utterly effortless quality of the bass; the way it feels so unforced and the way it breathes. It’s one point of difference between the Astrale EZ and the best of the rest and something that kind of segues into an enhanced sense of body and presence further up the frequency range. The Stanley Clarke Band are physically in the room, Combat Continuum‘s trippy production effects so far out they could be happening in the next county. If you want your music delivered with a righteous union of intimacy and grand scale, look no further. Just be aware that it won’t be the cleanest sound around as, especially with the wick advanced a few clicks, there is a trace of benign midrange colouration, adding a little extra warmth to Boz Scaggs’ already decidedly cuddly vocal 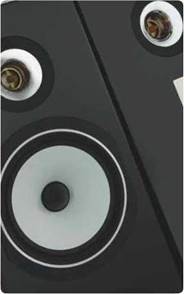 Big on physical involvement and hugely entertaining, if a little coloured