Building on the strengths of its Ania and Apheta 2 cartridges, Ed Selley thinks the latest Rega MC cart is a consummate Pro. Read our Rega Ania Pro Review. 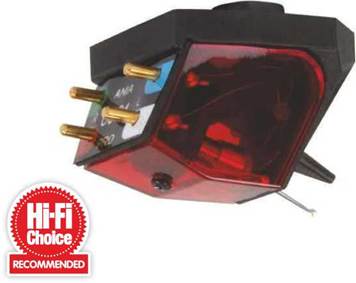 As the latest introduction in what has been a continuous stream of new products over the last year, the Ania Pro cartridge is designed to bridge the gap between Rega’s Ania (HFC 452) and the recently introduced Apheta 3 priced at £. The new MC offering costs £ and can be preinstalled to either the Planar 6 (HFC 453) or Planar 8 (HFC 443) turntables, bringing their package prices up to £ or £ respectively.

Not everything about the Ania Pro cartridge is brand new, however. The key difference between the Apheta 2 and Apheta 3 is the specially designed ‘fine-line’ stylus profile, which was developed to improve performance over the previous older ‘vital’ stylus profile. The Ania Pro adopts the original vital profile stylus and tapered aluminium cantilever used by the Aphetas to provide higher performance, combined with the simpler body construction that’s found on the £ Ania.

The Pro cartridge is made of the same Polyphenylene Sulphide (PPS) plastic as the Ania. The generator assembly is extremely small but powerful and, as with the rest of Rega’s moving-coil cartridge line, there’s no internal suspension because

the company feels that this can tend to sag and shift over time – affecting performance in the process. Rather than the colourless casing of the Ania, the CAD (Computer Aided Design) cover that protects the generator assembly of the Ania Pro is red.

Three-point fitting ensures that the cartridge naturally aligns and sets the overhang in a Rega tonearm and with a weight of 6g and a tracking force of between 1.75 and 2g, it should be fairly easy to accommodate in most setups, although some tonearms might require a little additional weight at the headshell end.

As luck would have it, I still have the Planar 10 turntable (HFC 456) in situ to act as an ideal test bed – along with examples of both Apheta 3 and Ania MC cartridges and the now discontinued Apheta 2 by way of comparison. The presence of the older Apheta cartridge in particular shows that the Ania Pro is different in terms of its general presentation.

Like the standard Ania, the PPS body seems to have the effect of softening and sweetening the presentation of the Pro more than the company’s metal body cartridges. The result is that Keep The Car Running by Arcade Fire has a warmth to it that’s not displayed by either Apheta design in quite the same way. Even without the more advanced stylus profile, the Ania Pro is a cartridge that has a more forgiving manner with rougher sounding pressings.

This perceived warmth does mean that some of the fine detail I know to be available is harder to discern, but compared with Goldring’s Ethos MC cart (HFC 449) – which also uses a vital-type stylus – the Ania Pro doesn’t feel at a disadvantage. It has a rhythmic energy to its presentation and the effortlessly funky Rose Rouge by St. Germain succeeds at engaging on an emotional level. The flowing manner in which the Ania Pro goes about making music is as effective with this jazz electronica as it is with slower and more considered material like Mazzy Star’s Into Dust. Listening back to back with the Apheta 3, and some of the immediacy of the more expensive moving-coil cartridge is lost – although the Ania Pro is still a fast and fluid performer.

My criticisms of the Ania Pro are fairly limited. The 0.35mV output is lower than some rivals and may prove an issue in systems with more limited gain available, such as when testing with the Luxman SQ-N150 integrated valve amplifier (see p50). Additionally, compared with its Apheta brothers, its ability to make sense of very complex material is reduced slightly, but there is little at the asking price that can decisively better it. In many ways, the Ania Pro takes the strengths of the now discontinued Apheta 2 and adds an extra dose of civility and warmth for a more attractive outlay. The resulting cartridge feels rather more complete and as well as being an excellent option for Planar 6 and 8 turntable purchasers, should be on everyone’s shortlist at the price •

PROS
CONS
User Rating: Be the first one!
SaveSavedRemoved 0