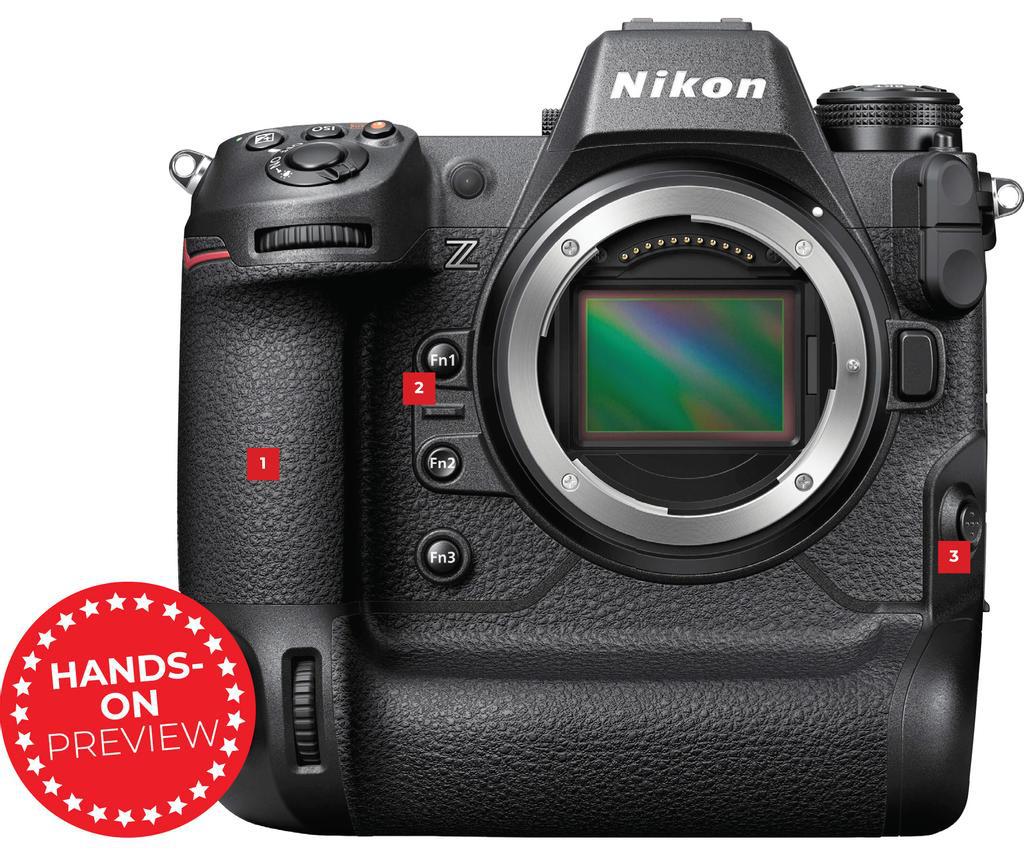 The Z 9 has arrived famously late to the pro mirrorless party. However, Nikon maintains that what some might see as tardiness enables this camera to really take advantage of the benefits that a mirrorless design is capable of.

And indeed, the wait has been worth it: the Z 9 features some truly ferocious specifications – some of which blow away those of both the Sony Alpha 1 and the Canon EOS R3. However, both of these rivals have a notable head start on the Z 9 – in the case of the A1, almost a full year.

We’ve been hands-on with the Z 9, and we’ve come away very impressed. However, we still need to put it through its paces in the field to see how it really fares against the A1 and the R3 – not to mention the Sony A9 II and fellow 8K powerhouse, the Canon EOS R5. We can confidently say that the Z 9 outperforms both the Nikon D6 (which it replaces as the manufacturer’s new flagship camera) and the Canon EOS-1D X Mark III. So between the Z 9 and the R3, it does rather feel that the best DSLRs’ time as the premier tool of professionals is up.

Let’s start with a couple of the camera’s headline specs: the 120fps continuous shooting speed and 1/32,000 sec fastest shutter speed. These are possible because the Z 9 does away with a conventional mechanical shutter, replacing it with an all-electronic shutter.

This is not a new development: all mirrorless cameras can shoot electronically (and, thus, silently), and Sigma’s fp and fp L had already eschewed a mechanical shutter. However, the stacked nature of the sensor – which sandwiches electronics into layers to deliver unheralded readout speeds – means the rolling shutter phenomenon that has affected electronic shutters is virtually eliminated. 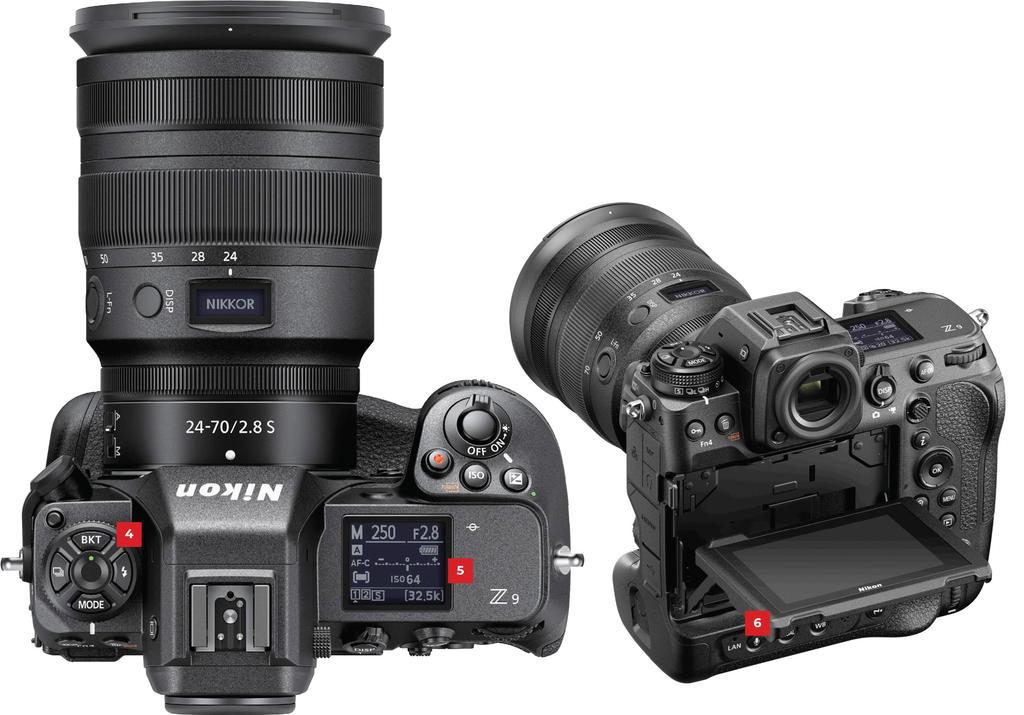 Given that this is pushing out 45.7MP of data, that’s an impressive feat. But it should be noted that in some circumstances – notably under artificial lighting conditions – the lack of a mechanical shutter could prove problematic, as electronic shutters are prone to banding.

There are caveats, of course; the Sony Alpha 1 possesses a higherresolution 50.1MP sensor, and the Canon EOS R3 shoots twice as fast at 1/64,000 sec. And as impressive as the 120fps burst sounds (literally – the simulated shutter noise has to be heard to be believed!), it is limited to 11MP images, although these are full-readout and uncropped.

The Z 9 can shoot 30fps bursts, but only for JPEGs; for raw shooting, the camera is limited to ‘just’ 20fps – which is still enormously impressive, but the A1 and R3 can both capture raw files at 30fps. For reference, the more affordable Canon EOS R5 (and even more affordable EOS R6, for that matter) can also shoot raws at 20fps. However, the A1 and the R5 are limited to 8K video at 30p – and are both subject to austere recording limits.

The Z 9, by comparison, can shoot at an astounding maximum resolution of 8K 60p. Admittedly, we don’t yet know how long it can sustain recording at that resolution – and 60p will only be available via a firmware update “coming in 2022”. However, Nikon tells us that 8K 30p can be maintained for up to 125 minutes – significantly longer than its rivals.

Accordingly the camera boasts dual CFexpress Type B card slots, in order to handle those massive amounts of data without bottlenecking. The Z 9 buffer will record over 1,000 images per burst, with Nikon claiming that internal testing had resulted in bursts of 5,000 images. 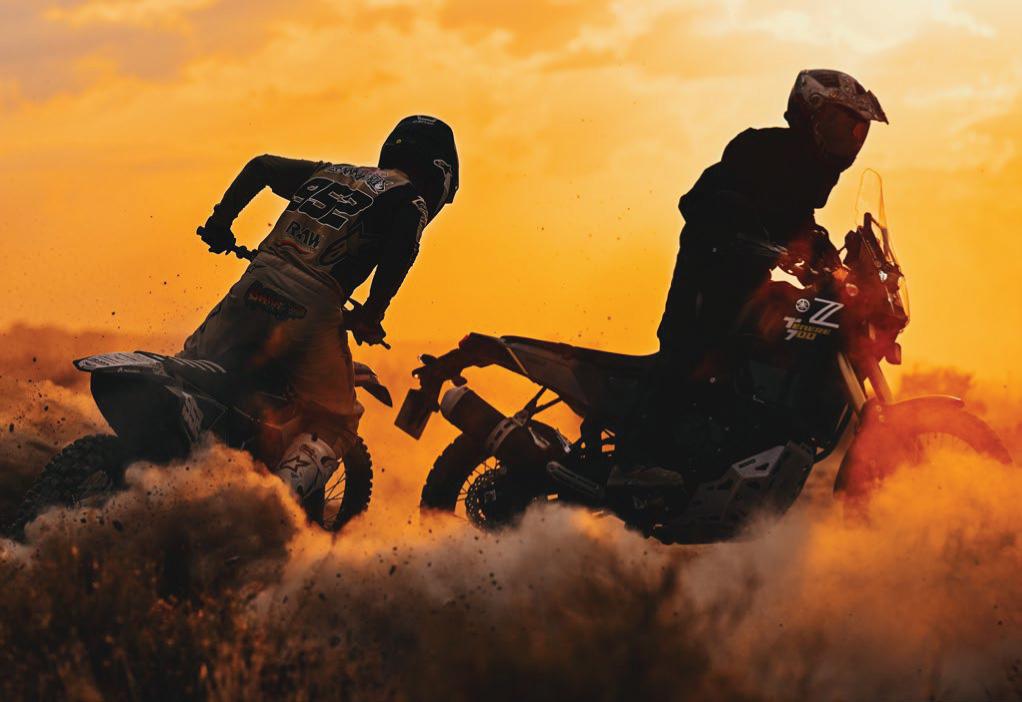 “The Z 9 has been worth the wait: it features some truly ferocious specifications” 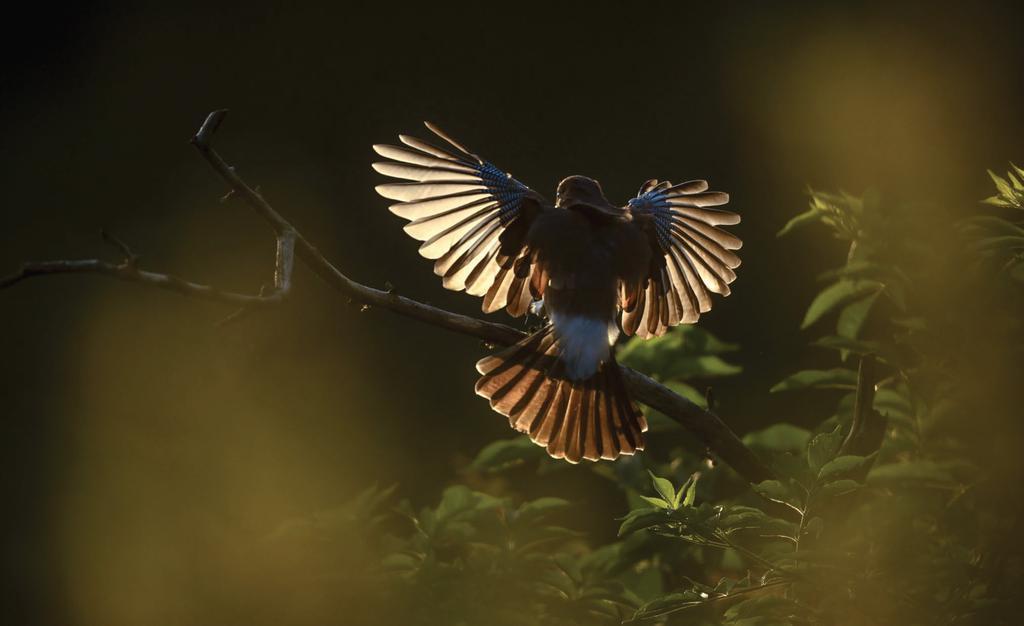 As you would expect, the electronic viewfinder offers blackout-free shooting thanks to a dedicated readout from the sensor, for an uninterrupted view of the action. In conjunction with the radically redesigned autofocus system, this means you should never miss a shot.

The new system is powered by Deep Learning AF, which makes the camera capable of nine kinds of simultaneous subject recognition: human eyes, faces, heads and upper-bodies; animal eyes, heads and bodies; and cars, planes, trains and motorbikes. While the Z 9 has the same 493 AF points as the Nikon Z 7 II, it has five times more auto-area AF points (to the tune of 405) – though this does pale next to the 4,779 AF points offered by the Canon EOS R3. 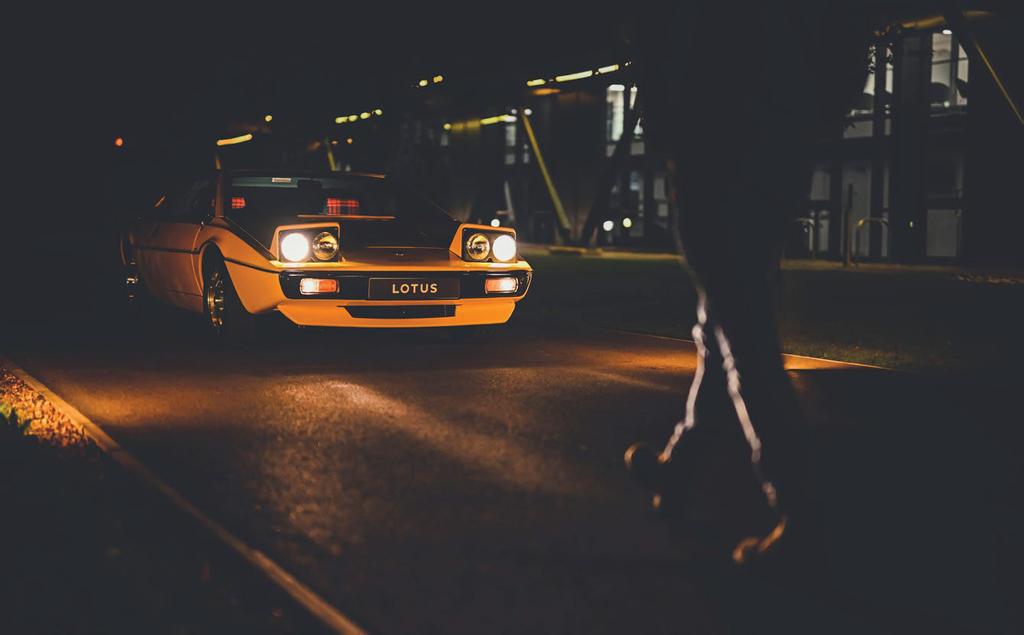 The back-side illuminated nature of the new image sensor, which places the electronics behind the photosites, results in superior low-light performance – and combined with the native ISO 64-25,600 sensitivity (expandable to ISO 32-102,400), the Z 9 is a formidable low-light performer. Again, though, at the risk of being a broken record, the R3 offers a native ISO 100-102,400 sensitivity (expandable to ISO 50-204,800).

When it comes to styling, the Z 9 looks very much like it’s cut from the same cloth as the Nikon D6 and its predecessors. It’s 20% smaller and 10% lighter than the D6, though it has the deep grip that pro DSLR users are used to, which extends around the bottom of the camera for comfortable shooting both horizontally and vertically, and with a duplicated shutter and other essential controls.

Other notable controls include a release mode dial, like on professional DSLRs, as well as a dedicated AF Mode button, rather than using up one of the Fn buttons, as was the case on the Nikon Z 7. Talking of which, there are no less than four customisable Fn buttons, and 11 key buttons light up for low-light shooting (though this can be turned off). The information menu and ISO buttons can be easily accessed when shooting vertically. 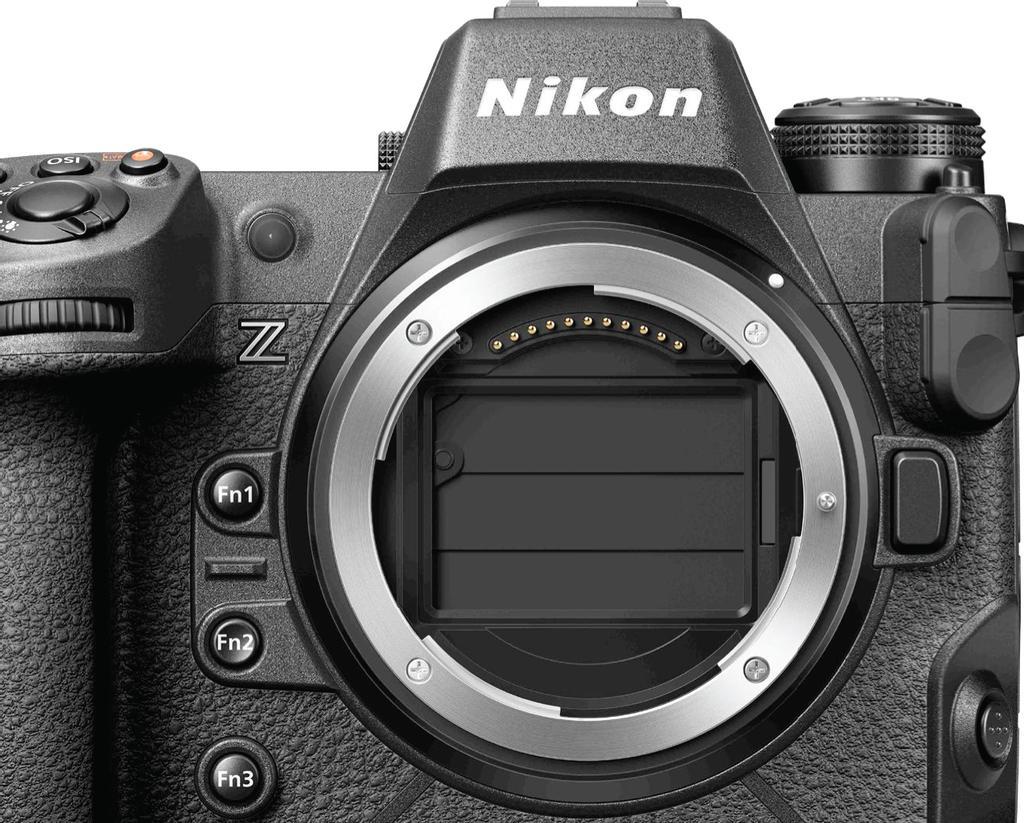 The dual-axis rear screen can be tilted 90° horizontally or vertically, so high and low-angle shooting are equally achievable while shooting both horizontally and vertically – useful for shooting vertical content designed to be viewed on phones or billboards. In addition, the info display now rotates when you hold the camera vertically, so you can easily read all the on-screen information. When peering through the viewfinder, it is the world’s brightest at 3,000 nits and has no lag or blackout, but still has the same 3.69 million-dot display as the Z 7/6 series.

The camera is built around a sturdy magnesium alloy chassis and is fully weather-sealed to withstand extreme temperatures, humidity and dust, and it can be operated in temperatures down to -10ºC. Nikon says that the Z 9 is more rugged than the D6. 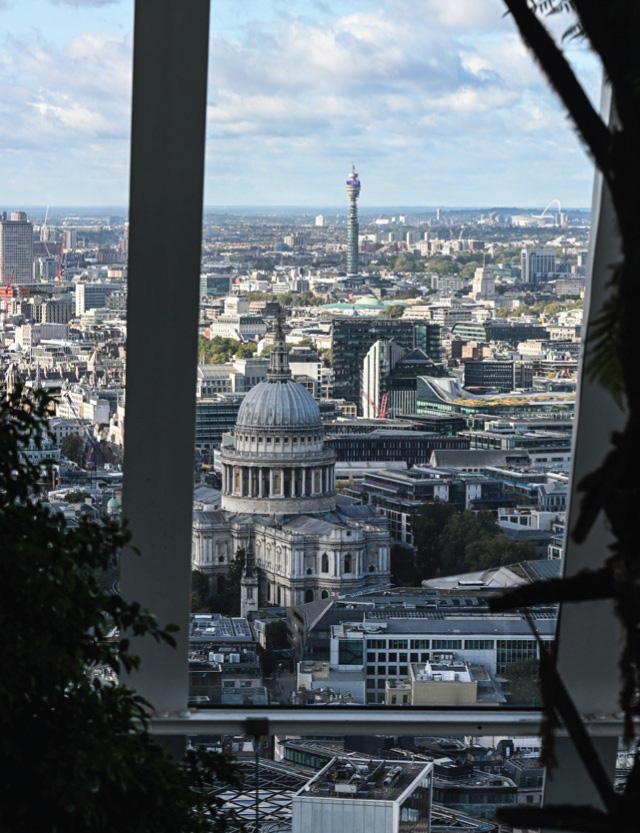 No mechanical shutter means no moving parts to go wrong. But while there’s no physical shutter, there is a built-in blind that comes down when the camera is turned off to cover the sensor when changing lenses, protecting it from the ingress of dust.

One thing missing from the Z 9 is the ability to produce medium- or low-resolution raw files. But when the 2022 firmware update arrives, the camera will feature a new highefficiency N-Raw format, with file sizes typically around 15MB rather than 50-60MB, while retaining the same level of detail as uncompressed raw.

Nikon says the Z 9 has its most advanced AF system, even surpassing the D6. Its 493 AF points mean that subject tracking is available across the entire frame and there are no fewer than 10 AF Area modes, along with 405 Auto Area AF points (five times more than on the Z 7), with Deep Learning AF enabling the camera to track up to nine distinct subjects.

The camera’s people detection system can switch between eyes, face and the upper body (a new feature for Z cameras), depending on subject distance, while the animal detection algorithms can track the usual cats, dogs and birds plus many other creatures.

“No mechanical shutter means no moving parts to go wrong” 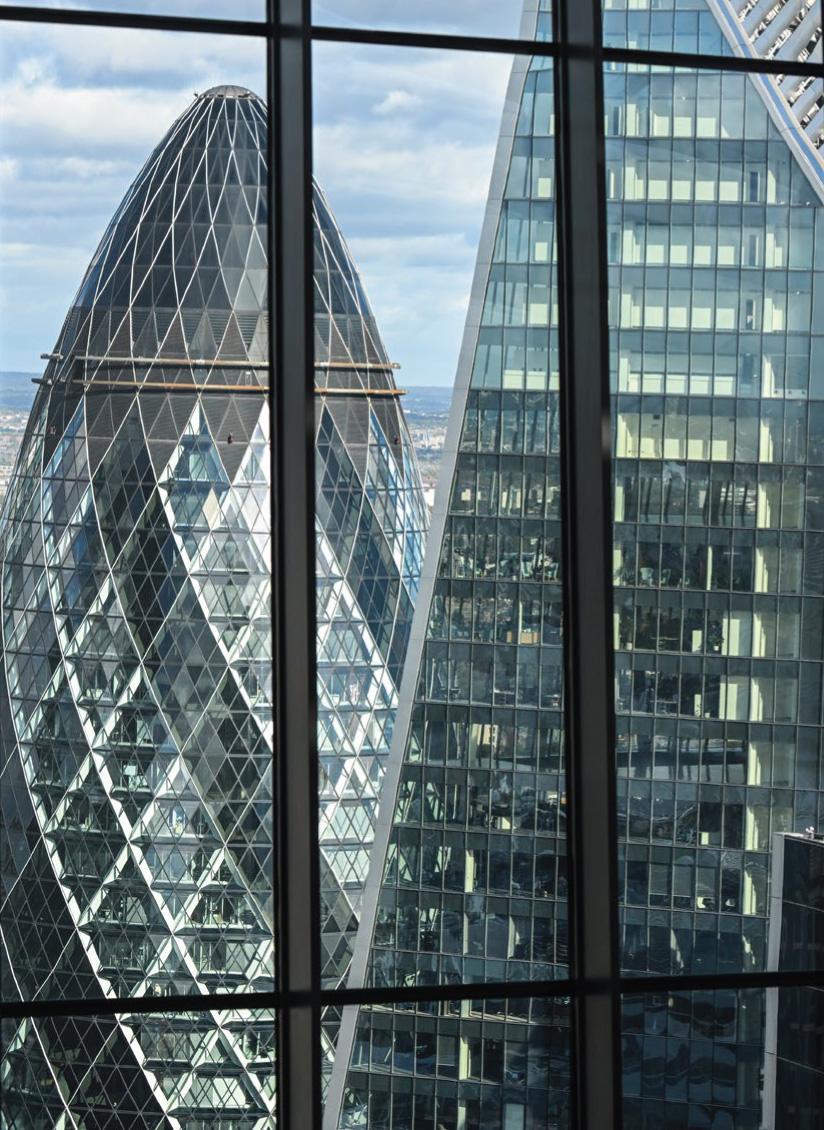 It’s also capable of vehicle detection, not only recognising cars, motorbikes and planes, but also drones and even lawnmowers. The system can track moving vehicles head-on, which AF systems traditionally struggle with. And if a person gets out of the vehicle, the camera will switch tracking to them, for example, as well as recognising previously tracked subjects that re-enter the frame and switching back to them.

It’s frustrating that key features like 8K 60p and the N-Raw format won’t be available until a firmware update arrives in 2022, but what’s here already is very impressive. The 120fps burst rate is simply unbelievable, even if it only captures 11MP images, and the ability to record 8K 30p for two hours is a game-changer for film-makers.

We want to get the Z 9 in the lab to test the dynamic range and true resolving power of the new stacked sensor – not to mention seeing how the lack of a mechanical shutter affects real-world shooting.

If the Z 9 makes good on its many promises, this could be the pro camera to rule them all… and it looks like time has been called on professional DSLRs.

Stabilisation: Five-axis, 5.5 stops (up to six stops with specific lenses)